I moved on from sort to search and implemented a few search algorithms in python from pseudocode on wikipedia. I coded a simple backtracking algorithm as well as Dijkstra’s and an A* search.

Path to goal using Dijkstra’s and A* search

The brute force backtracking algorithm that I implemented overflowed the stack frame with a graph of a few thousand nodes, while Dijkstra’s algorithm had no problems. I moved onto an A* search which was familiar from my college days. 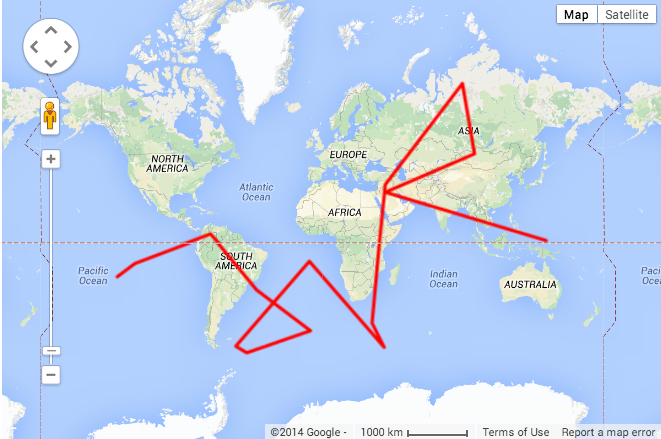 A* It is essentially Dijkstra’s algorithm that chooses a path based on a heuristic evaluation of neighbors. My heuristic was to score neighbors on how close they are to a line segment that runs from the start to the finish. The math for points and lines in vector space is abstract and not so familiar. I started reading webpages on math for parametric equations and quickly moved onto this Stack Overflow thread where the code was pretty opaque and many answers incorrect. I ended up using this answer which seemed the most strait-forward.

The resulting A* search performs really well. I chose visual testing with kml and placemarks so I could see my answer on a map. My demo code generates fake cities around the world and generates edges to randomly connect vertices. 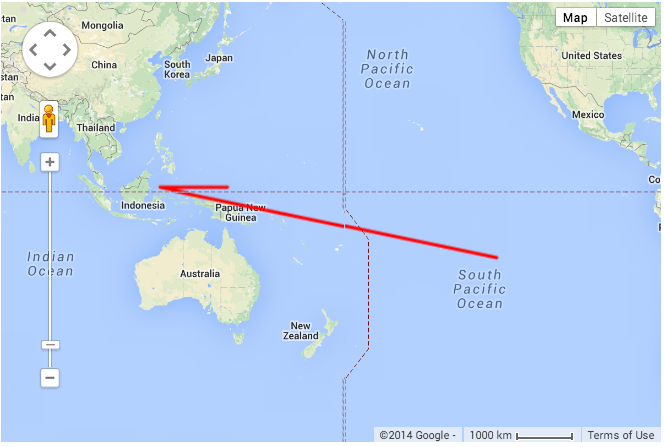 The search output is formatted into KML which you can see on a google map (or import into google fusion tables ). The source is on Github